About Us
|
Our Team
|
Why Choose Us
|
Testimonials

Thomas Bowers arrived in Canada from Ireland in 1923. In 1947, he and his wife, Dorothy Peters, moved to Salmon Arm and purchased the existing funeral home from M.M. Carol, who had been in operation since 1919. In the following years, Tom continued to improve the business and serve the families of the area before selling it to his son, Jack, in 1972.

Outside of work, Tom enjoyed gardening (especially his rose garden), his family and a continued correspondence with his extended family in Ireland. He was also active in the community, being a member of the Masonic Lodge and a former Alderman for the Village of Salmon Arm. He participated in several public works projects, including the construction of Fletcher Pool during the 1950s. 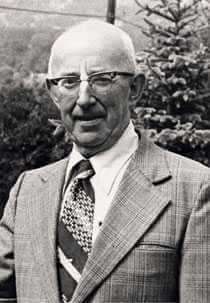